A company from the logistics and transport industry where the following

4 no nameservers which fulfilled the following roles and tasks, Active Directory based on 2008R2. ...

Further s file and print service, MS SQL 2005 and Navision ERP in version 5.0, a logistics software based on SQL, Exchange 2007 with 15 mailboxes.

Fail-safe and migration to current versions. For this purpose, 2 HP ProLiant DL385p Gen10 and one HPE MSA 1040 SAS dual controller, 2 ports, SFF storage and one HPE ProLiant DL20 Gen9 G4400 for Active Directory and print services are now in use. The remaining servers have now been virtualized using Hyper-V and lifted to operating system top edge on W2016. Exchange was migrated from 2003 to 2016. SQL 2005 to SQL 2017.Navision 5.0 was migrated to Dynamics NAV 2018 together with the Pro Alpha team from Gleisdorf. Further s a System Center 2016 was set up for administration of the servers and storage as well as for backup with Novastor Network Backup. 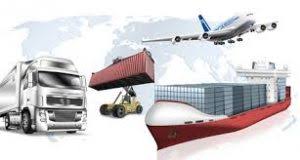